A must-read article was recently published in the peer-reviewed medical journal Annals of Family Medicine.  Two researchers studied primary care physicians and their patients over a two-year period, with an emphasis on the management of type 2 diabetes and hypertension.  This is important because the huge yearly increases in health costs are often blamed on care for the most common chronic diseases and their complications. 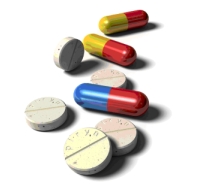 Big pharmaceutical companies that make drugs for hypertension, high cholesterol, and diabetes influenced the establishment of medical guidelines, standards, and practices that have redefined the diagnosis of these conditions.  A recent lowering of the diagnostic thresholds means that more people are being diagnosed with conditions they didn’t have previously.  Now there are “pre-conditions” that result in the additional prescription management of 10 million pre-diabetics and 22 million pre-hypertensive patients.  Drug sales are way up.

It is probably no coincidence that prescription drug spending in the U.S. is six times higher than in 1990, adverse drug reactions reported to the FDA increased three-fold between 1995 and 2005, and complications from medications are now the fourth most common cause of U.S. deaths.

All this has resulted in new terminology such as “polypharmacy” or the taking of multiple medications (often five or more) for one or multiple conditions and their side effects, and the “prescription cascade” where a prescribed drug causes other symptoms for which more drugs and then prescribed.  Researchers say that getting the blood sugar, blood pressure, or cholesterol to “normal” levels with multiple medications might make the doctor feel better, but not necessarily the patient, due to the adverse reactions and financial burdens of polypharmacy.

Furthermore, most of the prescribing physicians did not even try to educate their patients about lifestyle changes that could improve their health.

Read the article for free in its entirety:

Using the Joint-by-Joint Model to Help YourselfTo Sit or to Stand? ̶ That is the QuestionTopical Pain Relief